On April 5-10, ESCAPE International was participating in the biggest Airshow in Latin America, FIDAE 2022 in Santiago de Chile! This show was an opportunity to directly engage with Chile’s military institutions interested in the AirTEP for rescues and disaster relief, namely the Army, Air Force, and Navy.

The following week, ESCAPE carried out a flying demo with the Chilean Army Aviation on Cougar helicopter as well as a hands-on briefing with the 9th Group of the Chilean Air Force. 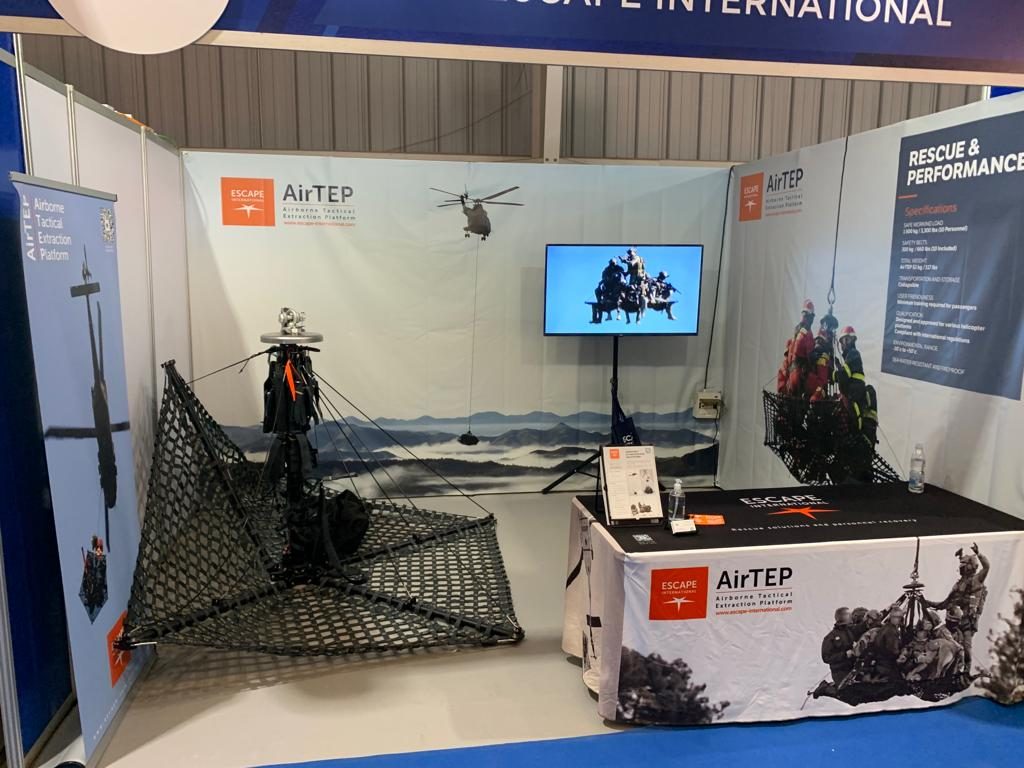